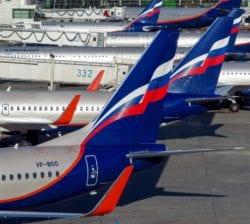 Federal regulator stressed that the possession of this admission permit for the airline does not mean the resumption of regular air traffic.

“Air carriers have also received permits for charter flights to Austria, Bulgaria, Hungary, Spain, France and Cuba. Admission is the right of the airline, which it can use when resuming flights. This document does not mean the resumption of flights,” the representative of the Federal Air Transport Agency said.